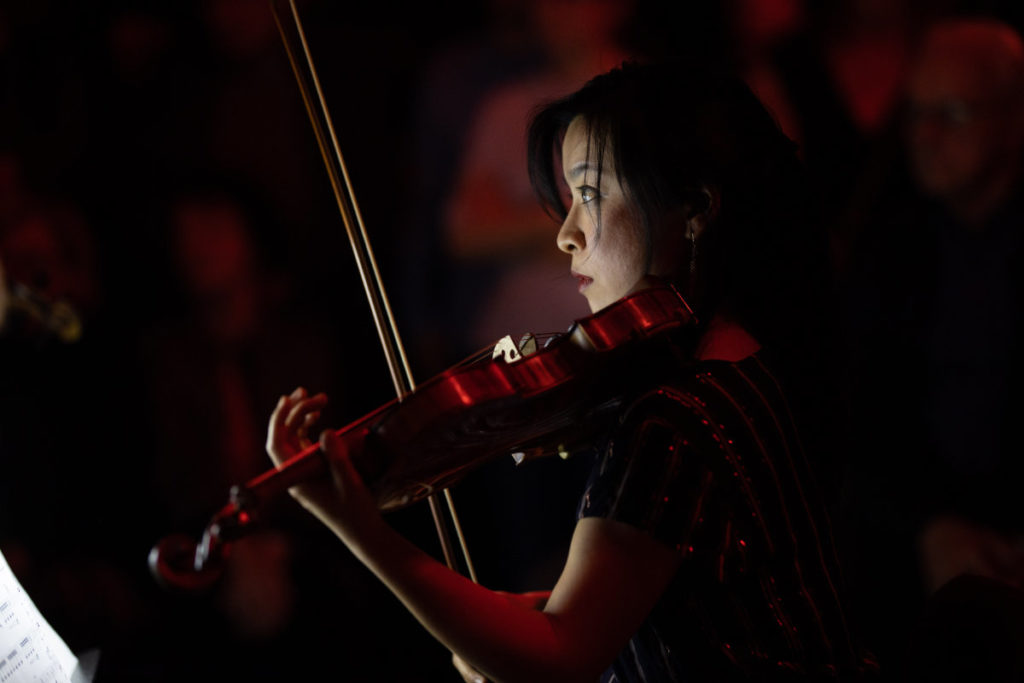 Yuki Kasai was born in Basel in 1979 and started to play the violin at the age of five. She studied in Basel with Raphael Oleg and in Berlin with Antje Weithaas. Other important influences were Sandor Zöldy, Gerard Wyss, and masterclasses with Lorand Fenyves and Ferenc Rados.

Yuki Kasai has received many national and international prizes, such as from the Hans Huber Foundation Basel in 2002. In 2002 she was a prizewinner of the 8th International Mozart Competition in Salzburg. A passionate chamber musician, Yuki Kasai has appeared at many festivals: Mecklenburg-Vorpommern; Rheingau; Ultraschall Festival for New Music in Berlin; Domaine Forget in Quebec, Canada; Sommets Musicaux in Gstaad, Switzerland; Open Chamber Music Weeks at Prussia Cove and Cheltenham in England.

As a member of the Sheridan Ensemble, she enjoys playing a wide repertoire from 1600 to today, Baroque music on period instruments as well as contemporary music. Yuki Kasai, also known from her positions as leader at the Kammerakademie Potsdam, the Ensemble Oriol Berlin and the kammerorchester Basel, joined the Münchener Kammerorchester as Concertmaster since the season 2017/18. She also plays as guest concertmaster in the Deutsche Kammerphilharmonie Bremen, the Ensemble Resonanz in Hamburg and the Chamber Orchestra of Europe.